Bajram Redzepi: One private operator will supply the entire country with natural gas at one tariff 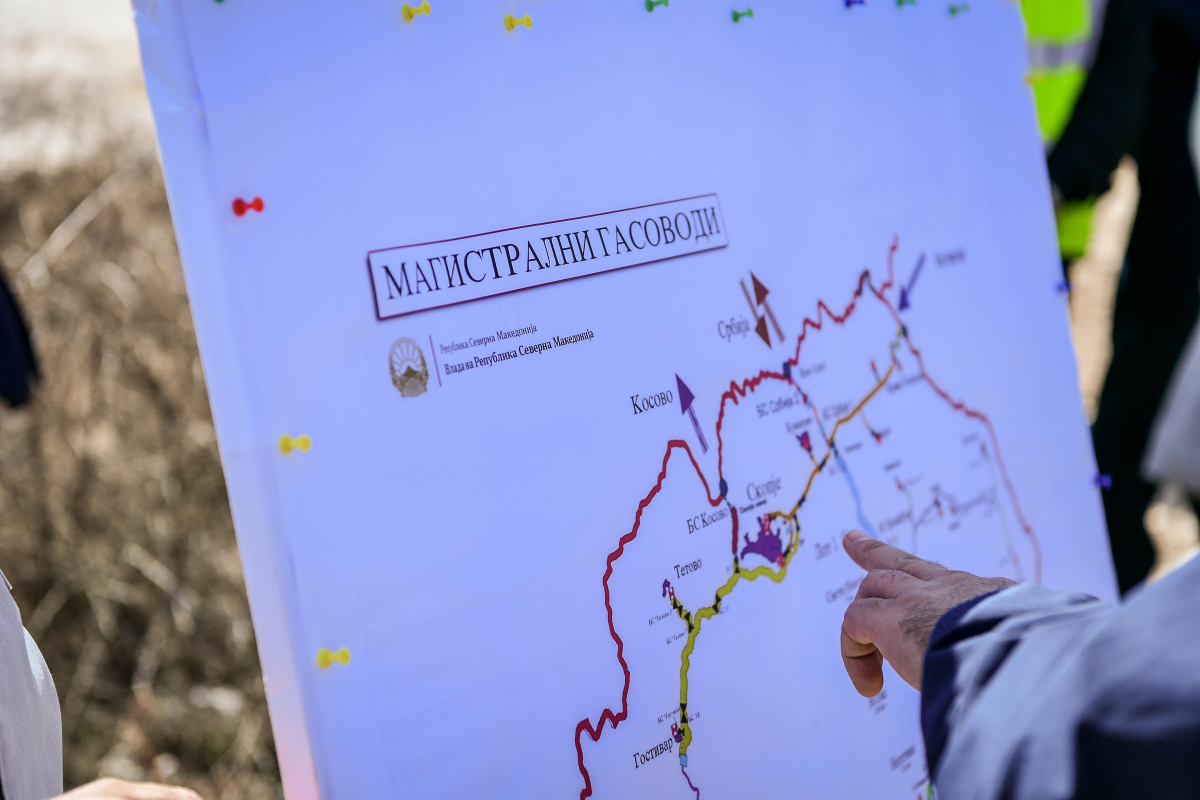 Interview with Bajram Redzepi: One private operator will supply the entire country with natural gas at one tariff

One private operator will distribute natural gas in Macedonia at the same price for the entire country, announces Bajram Redzepi, the director of National energy resources, the company that intensively builds the national gas pipeline in the country but also faces many obstacles such as land expropriation, illegal constructions and excavation. Despite this, Redzepi says that this year will be a record one with 100 km built gas pipeline.

When do you expect National energy resources and JSC GA-MA to merge into one operator in Macedonia, so it will be clearer who will transport natural gas in the country?

-The merging is imposed by the Energy Law and it should be solved quickly in the next couple of months. But that does not depend on us. With the budget rebalance, funds have been already provided so the Government can take the share from the private partner and that definitely should happen before New Year, in this fiscal year.

What is the situation in the field regarding the main gas pipelines and what are the actual obstacles until the complete gasification of the country?

-Intensive construction works have been carried out in the field. We’ll finish this year with approximately 100 km of built gas pipeline of the transmission network. Although we are facing many problems in the field, of different nature and due to the fact that during the entire 2017 the expropriation was not solved because no funds were provided, we are doing our best to make up for the lost time and I expect until the second half of next year both branches to Bitola and Gostivar to be operational. That is necessary but it’s not enough for the gas to reach the consumers. The distribution network must be developed quickly.

What follows after the construction of the main gas pipelines and when will the intensive work begin on the interconnector with Greece and how it will be funded?

-The interconnection with Greece is our top priority. Based on the feasibility study that we finished last year, we are already in the stage of preparation of the environmental impact assessment study and the basic design with WBIF grant. We are conducting intensive negotiations to close the financial structure of the construction and that will be part of a WBIF grant and part with EIB credit. The construction is expected to begin until the end of next year and finish until 2022, which will definitely diversify the sources of supply, stabilize the natural gas market and we will have access to cheaper gas.

Who will implement the gasification in the populated and industrial places? It is mentioned to be a public private partnership where the private entity will be one operator in the entire country.

-Based on the study for construction and development of the distribution network, the Government at the beginning of this year decided the distribution network to be built by means of a public private partnership. The most important thing is that the private partner will be obliged to construct not only in the feasible regions but also in those that according to the study have been defined as non-feasible, i.e. in the entire territory of the country with one tariff. The reason for such a decision is due to the enormous air pollution in many towns during the winter. Definitely gasification in the entire territory of the country is the only solution for this huge problem.

Is there any interest by the private operators who would like to distribute gas to the households?

-EBRD organized a workshop, at which numerous foreign large and experienced operators have been invited. There is a huge interest for this important project. That will be one of the biggest and most powerful investments in the country. The most important thing is to create best conditions for competition and before all else to protect the people’s interests.

How will the citizens pay the price for connection, devices and installation, knowing that is not cheap to pay all at once?

-The price for connection is expected to be several times cheaper than the one paid in Kumanovo and Strumica. I expect the price for connection to be around 100 €, that is the situation in the region as well. Now it costs around 800 €. One average family with an apartment of 80m2 will need in average 1500 € for adaptation of the internal installation. The idea is one part to be subsidized, one part to be credited through the operators and the citizens to pay through monthly bills. That monthly bill for gas together with the bill for electricity will be lower than the current bill for electricity, looking the current prices and the prices in the region.

How much will be the price of natural gas compared to other alternative sources of energy and whether in future when gas will be available it will mean that the country will act restrictively regarding the woodcutting?

-If we compare the current prices by kw/h, of all energy fuels, in the country and in the region, the use of gas will be the cheapest. Definitely more prerequisites should be created, part of them mentioned previously. If we bring gas to each family, the woodcutting even without restriction would stop since the use of gas will be cheaper and much simpler for using.

What is the situation in the City of Skopje? Will there be a conflict of interests, knowing that the city administration wants to expand the heating network i.e. increase the number of connections to the district heating?

-On the contrary, those are complementary services. In Skopje the gasification should be developed from the periphery towards the center. The periphery is the biggest pollutant of the ambient air in Skopje. The goal is to offer the people and the industry more alternative sources of energy, which will definitely solve the air pollution problem. I don’t see any conflict of interests. The growth of the consumption of gas will decrease the price and this will also lead to lowering the district heating price since the boilers use gas.